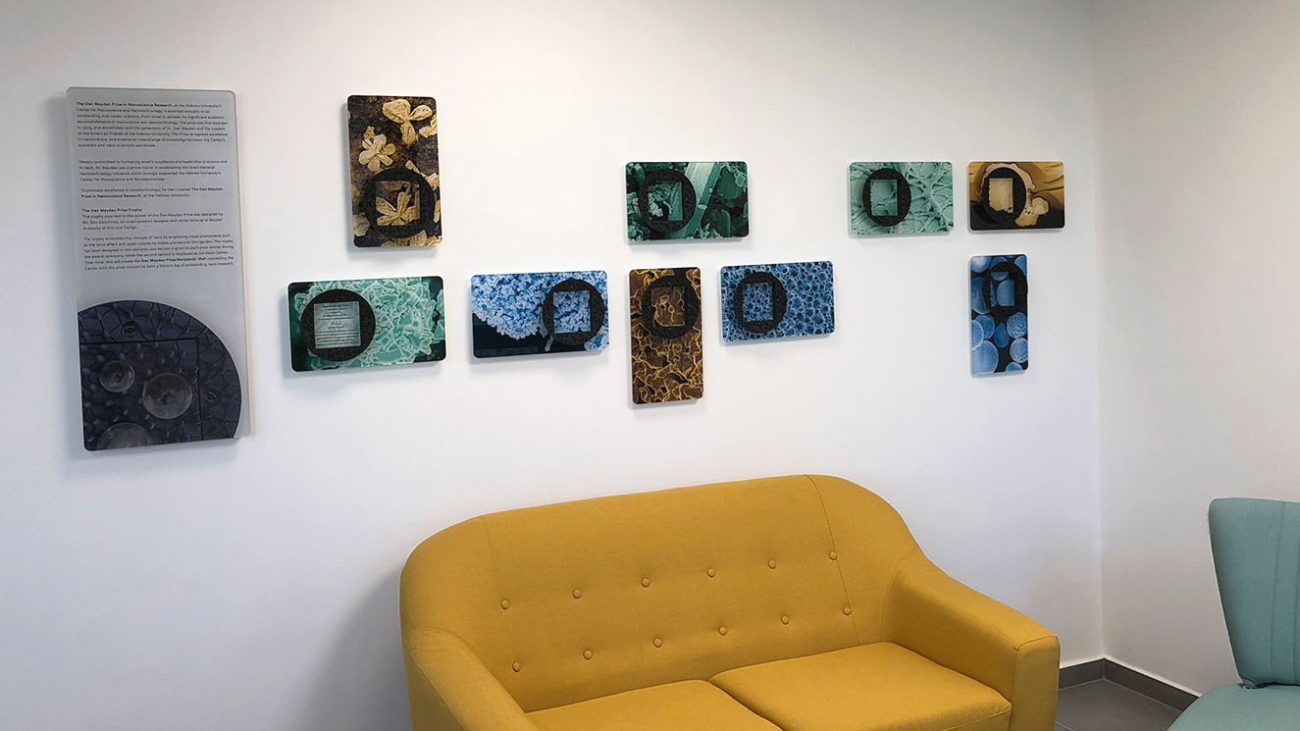 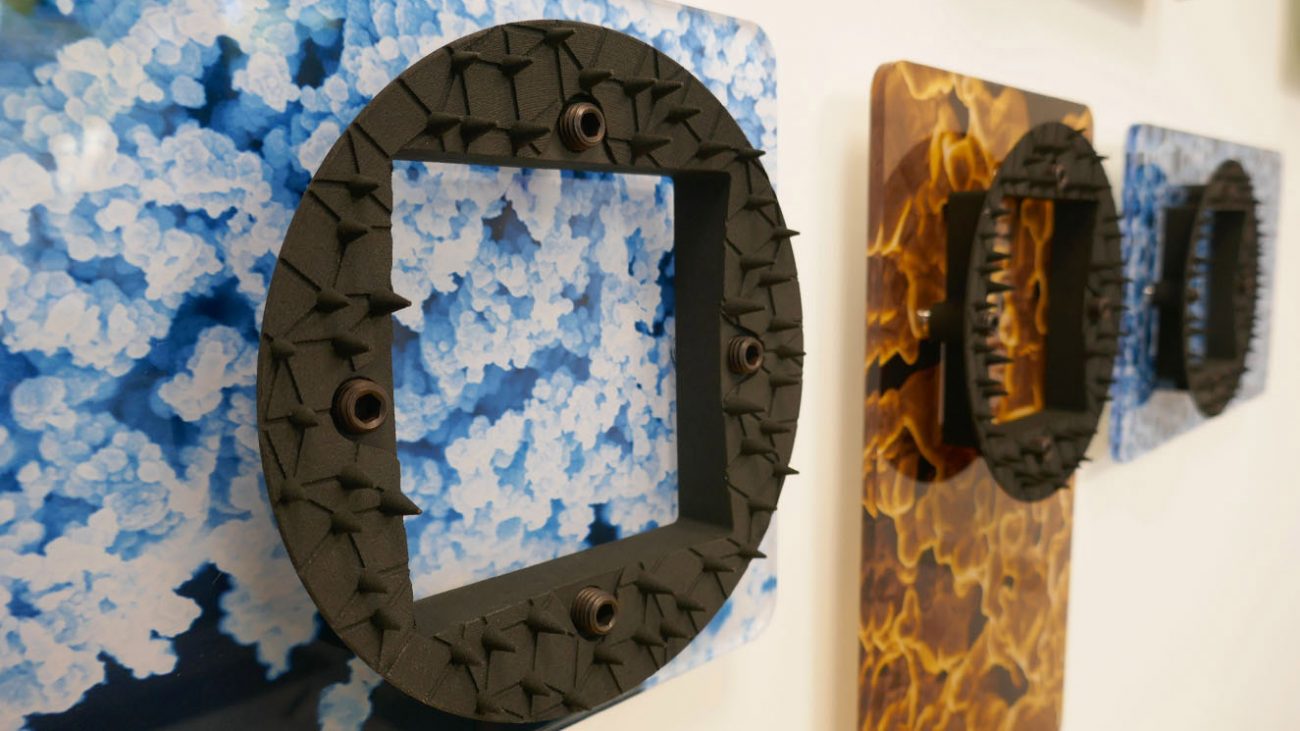 A ceremonial trophy for The Dan Maydan Prize, the trophy embodies the concept of nano by employing visual phenomena such as the lotus effect and quasi crystals. Additionally the trophy has been designed in two sections; one section is given to each prize winner during the award ceremony, while the second section is displayed at the Nano Center.

Designed and fabricated for the Hebrew University’s Center for Nanoscience and Nanotechnology..